Cynthia is in disbelief as she has finally caught Malcolm and Sarah in their long-standing affair. Ruth shares troubling news with Oliver about what really happens when the girls leave with Lilo. The Highest and River’s relationship grows as Dikahn’s dislike for River grows. Sheriff Conley reviews security footage and sees that Deputy Poke had sex with Melinda in his office. A few Rakudushis members band together to plan an escape. 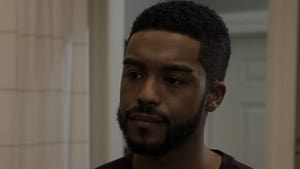