Mitch deals with Captain Alexis “Alex” Ryker, the conniving CEO of a private lifeguard company called Bayguard, who wants to take over the Baywatch lifeguard company to expand her company. When Mitch suspects Alex of setting up rescues to appease Chief Johnson, he resorts to having Cody spy on the Bayguard team to uncover any underhandedness. 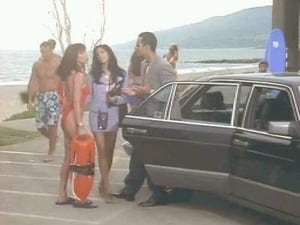